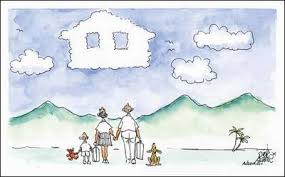 On Thursday April 12th, the Pallister Government announced that it will reduce the benefits received through Rent Assist.  It’s the second cut since this government was elected in 2016.  This CBC article explains the Province’s rationale. It makes no sense.  Especially for a government that has promised to be “the most improved province in Canada”.

Manitoba’s  Right to Housing Coalition sent the following note to its members after learning about the latest cut.  Value Manitoba couldn’t agree more with this assessment:

The Changes to Rent Assist will further increase housing insecurity

Housing advocates are very concerned about the Manitoba government’s decision to once again increase housing costs for people living with low incomes. Later this year low-income households will be expected to pay 30% of their income on shelter costs. This builds on last year’s decision to raise the threshold from 25% to 28%.

“We’re starting to see an alarming trend when it comes to the choices this government has made around addressing housing insecurity and homelessness in Manitoba. Increasing housing costs will only make it more difficult for people to escape poverty and in the worst cases will force some families into homelessness,” said Kirsten Bernas the Right to Housing Coalition.

The changes will impact people living in Manitoba Housing and other low-income Manitobans who are renting in the private market and not on Employment and Income Assistance. As a result of these cumulative increases, a full time minimum wage worker living below the poverty line has to find up to another $109 dollars a month for rent. A single parent with two children living at the poverty line has to find another $148 dollars a month for rent. These are very significant amounts of money to make up when you are living on a limited budget.

The Province has said that these changes will give it a greater ability to support more Manitobans but it also says that it will save them $1.9M. “How does the Province plan to help more families while also saving the money that low-income Manitobans are now pitching in for? We are concerned that these cuts represent yet another example of this government trying to balance the budget on the backs of our most vulnerable citizens” said Bernas.

The table below shows the gross impact of increasing the deductible from 28 to 30 per cent. A single full time minimum wage earner would receive approximately $35 less per month and a single parent with two children with income at the poverty line would receive nearly $50 less, based on current median market rent.

The actual impact of this change could be affected by the timing of the roll out of the new rates. An increase in Rent Assist is mandated by law for July 1 each year to account for rising rents. For example, the cost of a median two bedroom apartment went up by $39 in Winnipeg last year. Absent changes to the regulation, a family of three or four would have received an increase of approximately $27 on July 1 to help them pay for the increased rent. However, the combination of the two changes at the same time will mean instead of seeing an increase in benefits, families will experience either a cut in benefits or reduction in the planned increase.